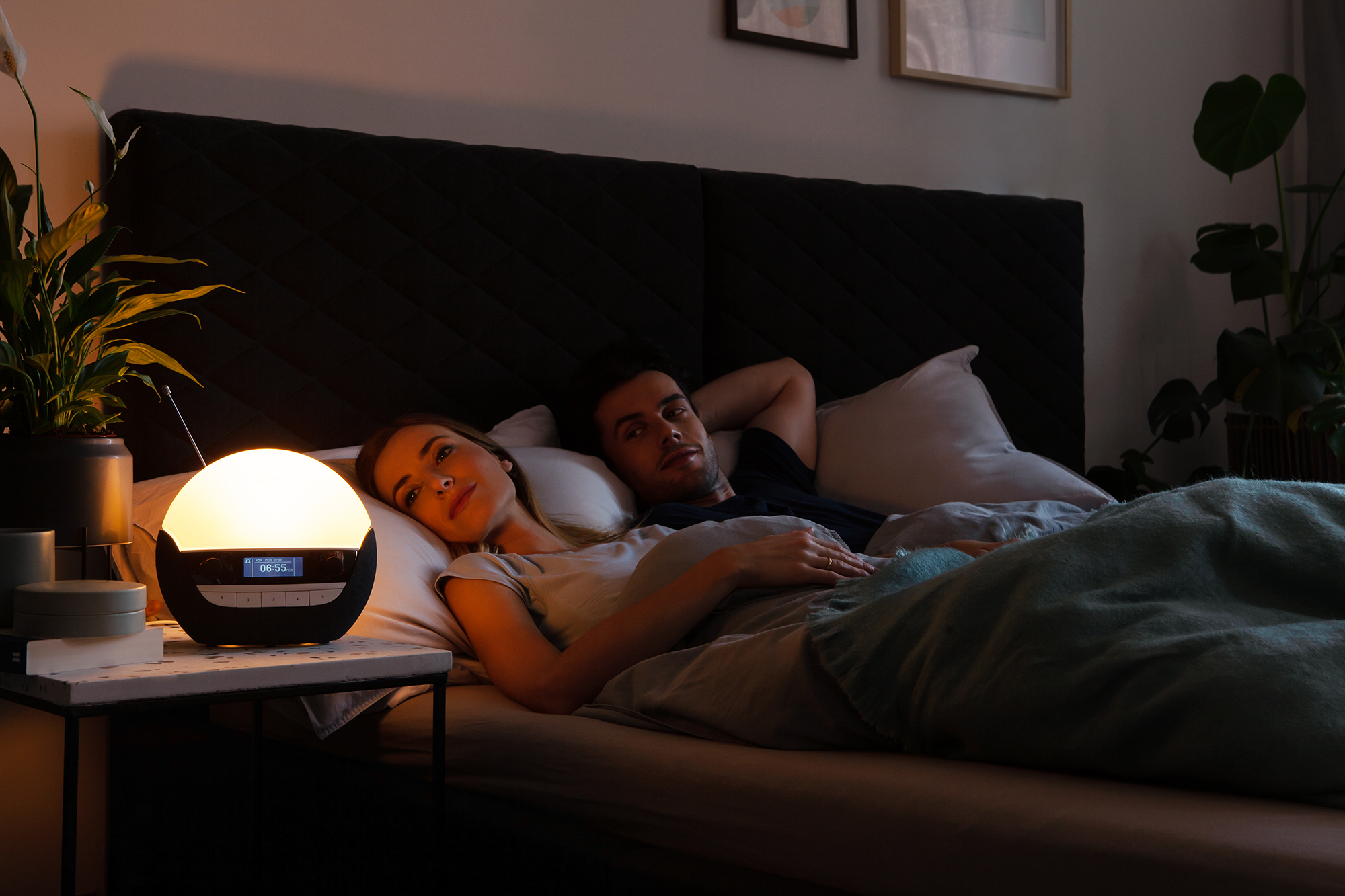 Dawn simulators - also called wake-up lights - have a valuable role to play in the treatment of seasonal affective disorder (SAD) according to the latest research led by medical researcher Dr Konstantin Danilenko. The research is published in the Journal of Affective Disorders.

Previous research comparing the efficacy of dawn simulation to conventional bright light for the treatment of SAD has yielded conflicting results. This latest study, using Lumie lights investigated not only treatment outcomes but patients' preference for long-term treatment.

Forty people suffering mild to moderate winter depression tried each type of light therapy for one week: Lumie Arabica bright light box used every day for 30 - 45 minutes after waking positioned 41cm away provided 4,300lux; Lumie Bodyclock Starter to wake up every day with gradually increasing light during the last 30 minutes of sleep (100lux at 50cm).

The effect on depression scores showed that the treatments were equally effective, down 43.8% following bright light and by 42.2% dawn simulation. Patients were also fairly evenly split on which type of treatment they preferred with 21 choosing the light box and 19 the dawn simulator.

Among those who preferred the bright light, the most common reason (19/21 people) was that patients felt it was more effective - these patients tended to include the ones suffering from the worst depression so it may be that they noticed a more pronounced effect. Six thought that the lightbox was easier to use.

Those who preferred the dawn simulator liked it for its more ‘natural’ effect (9/19), because it was smaller and didn't take any extra time (10/19) and in 4 cases where bright light caused eyestrain.

This study confirms the efficacy of using a dawn simulator such as Lumie Bodyclock Starter for treating SAD as an alternative to bright light therapy. Preference for one type of treatment or the other is roughly equal although those with moderate depression tend to prefer bright light therapy.Dr Konstantin Danilenko, Vice-Director of scientific and clinical research at the Institute of Physiology and Basic Medicine in Nobosivirsk, Russia

Jenny Scott-Thompson, spokesperson for the Seasonal Affective Disorder Association (SADA - now no longer active) called it a "valuable study" and said "SADA welcomes its addition to the field of SAD research. We also note that the study excluded patients who were on any kind of antidepressant medication, thus likely excluding many more severe or extreme cases. This aligns with our view that traditional light boxes are proven and effective for full-blown SAD, but that dawn simulators are a valuable addition to treatment options, particularly for people with less extreme symptoms or who find them more convenient.”