How to Beat Jet Lag with Light Therapy 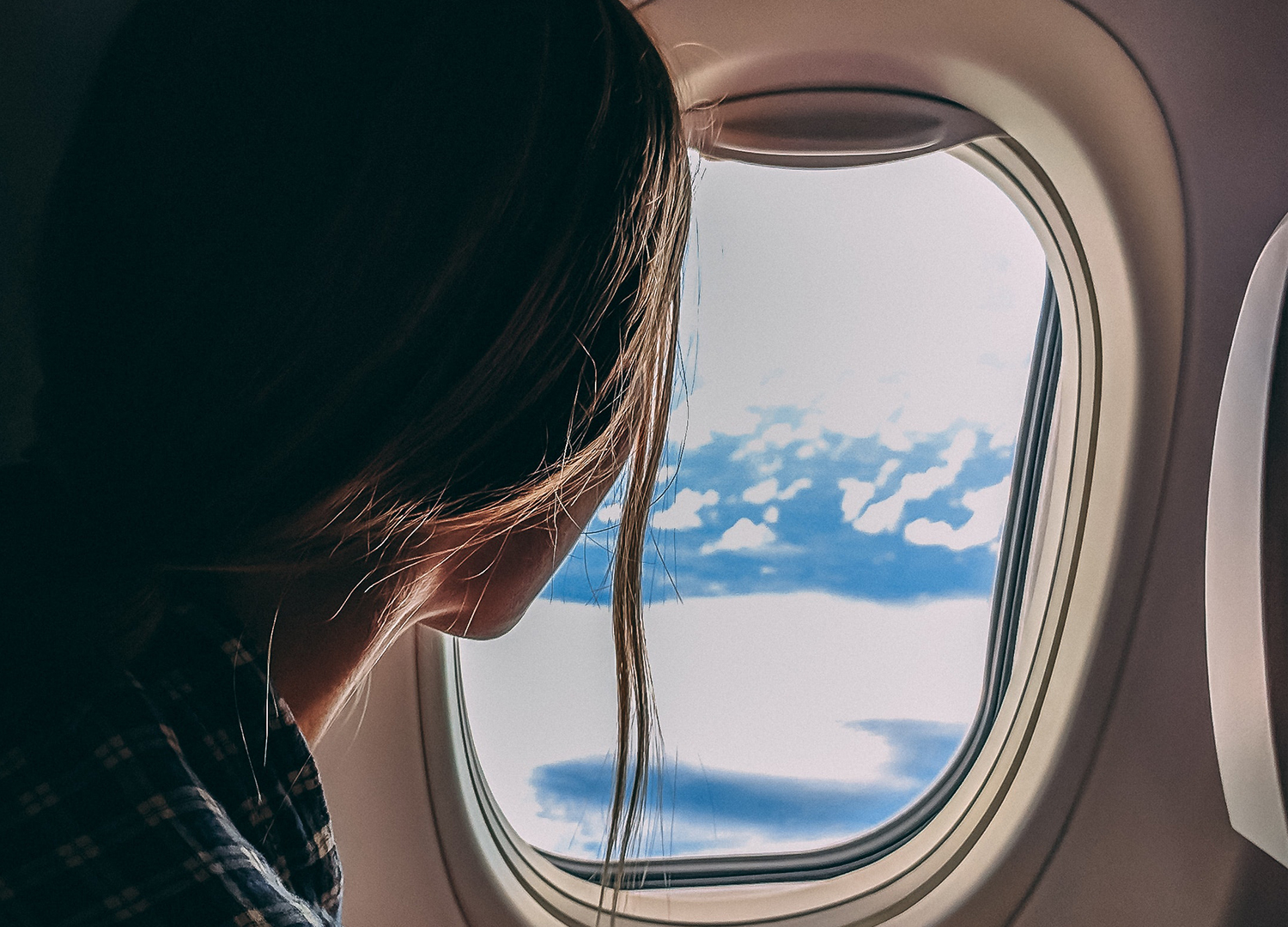 There’s nothing like flying across the world to really knock our daily rhythms out of sync! When arriving in a new time zone, it takes time for the body to adapt and synchronise to the new local time – this is known as jet lag.

The major and most noticeable symptoms experienced during jet lag are the disruptions to sleep patterns and daytime levels of alertness. Travellers can experience problems in both falling asleep and staying asleep at night such that the sleep obtained is often of poor quality and too short. During the daytime, travellers may feel sleepy, not alert and mentally foggy, being unable to perform manual or mental tasks.These feelings arise from accumulated fatigue from not sleeping properly at night and also because the daily rhythms in alertness and performance are not synchronised to local time.

These disturbances can ruin the first few days of a holiday but can have much more serious consequences if the traveller is on a business trip and unable to function properly. In addition to disruptions in sleep and wake, travellers frequently experience gastrointestinal disturbances following a flight across time zones. Although the master daily body clock is situated in our brain, there are, in fact, clocks in every cell of our body with all organs and tissues having a local clock to control them. Following a flight across time zones, all the clocks will re-synchronise at different rates and disturbances will be felt until they are all co-ordinated with each other and local time.

How can light therapy can help jet lag?

Adapting to a new time requires the body clock to be reset or shifted in time. Light is the most powerful stimulus for resetting the body clock and exposure to light before and after a flight is critical in determining how long it takes to synchronise to local time and the duration of jet lag.

In addition to being able to alter the timing of the body clock, light also has a number of other acute (instant, short-term) effects on our physiology and behaviour. Important for jet lag, light can rapidly enhance our level of alertness, our ability to perform certain tasks and also our mood. Therefore, when light is being used to shift your body clock it will simultaneously enhance the way that you feel.

Light therapy before your flight

The pre-adaptation schedule to follow will depend upon the number of time zones to be crossed, your sleep schedule at home and at the destination, and the number of days available to try and adapt. The body clock can shift by ~ 1 hour per day and trying to shift more quickly will result in the clock being out of line with the sleep/wake schedule and further jet lag type problems. If you imagine that you are flying 5 time zones eastwards from New York to London then you would need to shift your body clock earlier in time by 5 hours and to do this you can use early morning light. You can begin your shifting schedule 5 days before the flight. Each day you should shift your bed time and wake time ~1 hour earlier. So if you normally sleep on a 11pm – 7am sleep schedule, 5 days before the flight you should get up at 6am and to go bed at 10pm, 4 days before the flight you should get up at 5am and go to bed at 9pm etc. In addition to shifting your sleep times, upon awakening you should also use a bright light box for at least an hour. The use of the light box does not need to be continuous and short breaks for showering or making breakfast will not reduce its effectiveness. This sort of schedule is the ideal but may not be possible for everyone if they still need to go to work or college in the days before their flight. However, even shifting by 30 minutes per day for 5 days or just shifting by 2 hour during the last 2 days before flying will help to adapt the clock and reduce the duration of jet lag.

To prepare for a westward flight your clock needs to be gradually shifted later in time and therefore evening light should be used. If you imagine that you are making the return flight from London to New York then you will need to shift your body clock 5 hours later in time. Beginning 5 days before your flight you should shift your sleep times later by 1 hour each day e.g. from 11pm – 7am to 12am – 8am 5 days before flying, 1 – 9am 4 days before flying etc. In addition, you should use a bright light box for at least 1 hour before you go to bed.

What to do during the flight will very much depend on the direction that you are travelling, the time of day that your flight arrives and departs, your sleep schedule at home and at your destination, and the amount that you have shifted before you fly. However, keeping yourself hydrated and not drinking too much alcohol are important for your well-being as well as your levels of alertness and sleep patterns upon arrival.

Adapting to the new destination time zone is as much about avoiding light as it is about seeking light at the appropriate times. You can find out what's right for your trip using the Jet Lag Optimiser. When considering the best time to avoid or receive light at the destination we need to refer to the home time that the body clock is still set to.

If we consider our example eastward flight from New York to London and assume that we haven’t pre-adapted at all then we need to shift 5 h earlier in time upon arrival. An 11pm – 7am sleep schedule in New York is equivalent to sleeping 4am – 12pm in London and so you need to push yourself 5 hours earlier in time to get on an 11 – 7pm schedule in London. If your flight leaves New York at 9pm local time and is 6 hours in duration it will arrive in London at 8 am local time, which is 3am New York time. You want to phase advance and so you don’t want to receive any light before 5am New York time (10am London time). Therefore, you should avoid bright light by wearing sunglasses (and you can even do this on the plane when they turn all the lights on for breakfast a couple of hours before you land) until 10am London time and then you should get lots of bright light using a light box or by going outside. If you assume that you can shift earlier by 1 hour per day then the following day you should avoid light until 9am and then seek it, and until 8am and then seek it on the subsequent day, and then upon awakening at 7am on the third day.

If we consider the westward flight for London to New York and assume that you haven’t pre-adapted then you need to shift yourself 5 hours later in time. An 11pm – 7am sleep schedule in London is equivalent to sleeping 6pm – 2am in New York. If your flight leaves London at midday and is 8 hours in duration then it will arrive at 3pm New York time, which is 8pm London time. You should use a bright light box any time between 5pm and 11pm New York time, which is 10pm til 4am London time. You should avoid bright light between midnight and 4am in New York, which is 5am til 9am in London. So if you cannot stay asleep all night you should make sure that you do not turn bright lights on as this will not help your body clock to shift. If you assume the timing of your clock shifts later by 1 hour per day then the times to avoid and seek light can also be shifted 1 hour later in time each day until your sleep patterns are re-aligned.

A light therapy device like Zest or Vitamin L is ideal for use with a jet lag plan; it's small and lightweight for travelling yet still delivers the bright light that affects circadian rhythms.

Long haul flights north or south do not involve extreme changes in time zones but the process of travelling and the associated disruptions to sleep can result in severe fatigue upon arrival. Travellers will usually recover from this within a day or two but light therapy can still be useful. The ability of light to acutely boost mood and alertness can be used to boost the way that you are feeling. Using something like Zest or Vitamin L or going for a walk outside upon awakening or after lunch will directly act on the relevant brain areas to enhance your alertness and mood.

These are general guidelines - for a detailed light schedule for a specific trip you need the Jet Lag Optimiser.